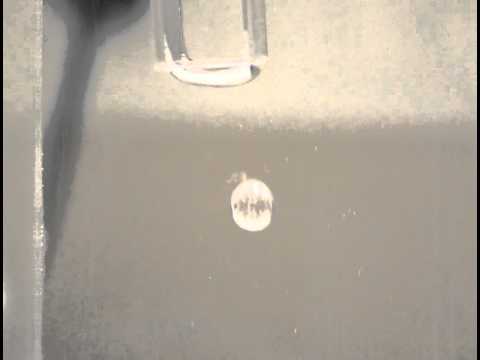 Although the concepts of surface viscosity and elasticity date back to the Belgian scientist Plateau in the 19th century, they have only later been formalized mathematically and subsequently been used in quantitative descriptions of surface flows. The concepts of surface viscosity and elasticity (Marangoni) effects are intimately related, and are not always distinguishable in an experimental setting. One such setting is the drainage of lamella in foams that we first investigated [1]. Another setting is the Landau-Levich-Derjaguin dip-coating flow, wherein a film of liquid is ‘deposited’ onto a solid substrate as it is withdrawn from a bath. This process is so fundamental to coating flows that it is ubiquitous in today’s coating technology. It is commonly assumed that, as for pure liquids, there is no thickening for liquids containing large amounts of soluble surfactants, i.e. the substrate withdrawal does not induce Marangoni stresses. However, in some cases thickening does occur, as demonstrated experimentally by collaborators at LPS, Orsay [3]. On the theoretical front, we have shown that thickening in the absence of Marangoni effects can be rationalized by surface viscosity [2], while surface (Marangoni) elasticity can be quantified by a surface rigidity parameter that is not an intrinsic parameter of the interface but depends on the film dynamics [6,7]. The transition from stress-free to rigid interface by increasing the concentration of soluble surfactants has also been explored with deformable bubbles flowing in microchannels [8].

An antibubble is an intriguing object, which owns its name for being the contrary of a soap bubble. If a soap bubble is a thin spherical shell of soapy liquid surrounded by air, an antibubble is a thin spherical shell of air surrounded by liquid. We have rationalised the minute-wise lifetime of antibubbles using the concept of surface rheology [4]. We then showed that the gas content in the surrounding liquid has a crucial importance [5] and can explain most of the dispersion of antibubble lifetimes previously reported in literature [9]. In order to investigate the antibubble dynamics in a more systematic way, we have developed an on-demand antibubble generator, for which a patent application has been filed.

We have also investigated the influence of insoluble surfactants and the concomitant Marangoni elasticity on the Rayleigh-Plateau instability, focusing on the conditions leading to the formation of satellite droplets [10], often undesirable in applications. The influence of soluble surfactants has also been studied in the context of surface bubbles, taking into account the surface history during the rising phase [12]. Amazingly, this studied allowed to rationalise an ancestral method for determining the amount of alcohol in mezcal by considering the lifetime of surface bubbles [11].